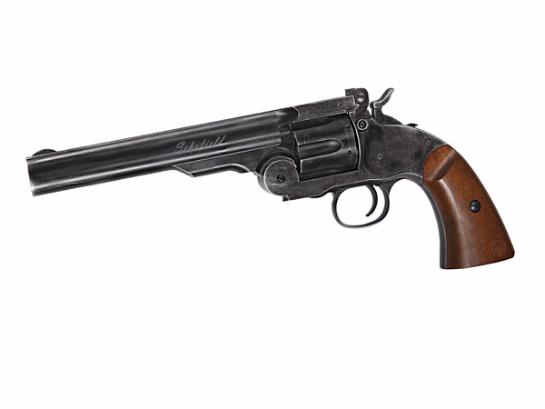 Roughed and old version in a distressed black with imitation wood handle. Carried by the hardened gunfighter.

6 pcs. of pellet cartridges are included in the box.